Before Anything Else, You Have to Believe 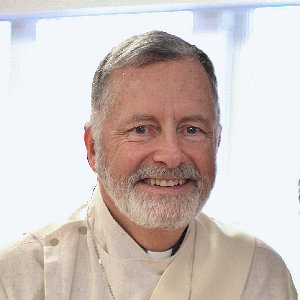 It’s Easter and Christ has risen. On the evening of the first day, Jesus made his presence known; to Mary of Magdala and then later in the day to the disciples.

The closed doors John spoke of in John 20:19 were not an obstacle for Jesus, just as closed minds and hearts are not a barrier for Him today.

The Good Shepherd Jesus did not startle his flock when He entered the room that evening. Even though Jesus appeared amongst them in a locked room, John did not describe any sense of fear. Jesus came in peace, “Peace be with you!” he said. The same peace of Christ is here today.

Again Jesus said, “Peace be with you! As the Father has sent me, I am sending you.”

It was time for disciples to continue the good work that Jesus began. Their training was just about over but Jesus still had some important lessons to teach them. But before Jesus sent them out in his name he was going to drive home three more things – that they believe – that they forgive – and that they go in peace. But God would not send them alone.

Jesus empowered the disciples with the Holy Spirit. Some believe this was probably a foretaste of what was experienced on the day of Pentecost. They did not go out from that room on their own and neither should we. The power of the Holy Spirit is alive; available to them then and to us today.

Again Jesus said, “Peace be with you! As the Father has sent me, I am sending you.”

Remember Paul’s Prayer for the Ephesians

Ephesians 3:20-21 (NIV) Now to him who is able to do immeasurably more than all we ask or imagine, according to his power that is at work within us, to him be glory in the church and in Christ Jesus throughout all generations, for ever and ever! Amen.

In John 20:24 Jesus appears to Thomas. Although I don’t feel life is scripted, I believe things in life are providential (heaven-sent). An all-knowing (omniscient) God knew that Thomas would not be at hand during Jesus’ first appearance so He appeared again just to give him an extra measure of assurance in order that he would believe.

The cycle continues. Do you ever find yourself, like Thomas, needing more proof? It might take the second coming of Christ before some believe but that may very well be too late. But if you would like some reassurance today, God won’t mind. Just ask him in prayer to open your eyes in order that you might see more clearly and believe.

As I go about my ministry work I see evidence of that belief in the people I meet. It’s pretty awesome. Someone asked me one time to pray with them before they went into hospital and they spoke after about the confidence and peace they felt going into surgery – because they believed. A lady in her 90’s, confined to a bed in a retirement home prays constantly. She speaks with confidence that her family will be ok – because she believes. A friend found room in his heart to forgive those that judged him – because he believes.

Jesus said, “Everything is possible for him who believes” – possible not by anything we can do, but through the power of the risen Christ and the Holy Spirit working in us and through us.

And once we believe… forgiveness becomes easier and peace more natural. – S.D.G.

This site uses Akismet to reduce spam. Learn how your comment data is processed.